Giving tribute to those who have passed. 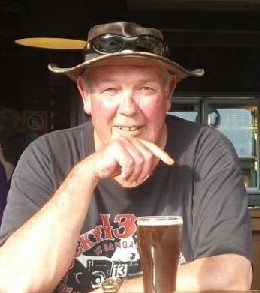 Passed away 11th February 2021. Cherished oldest son of the late Barry and Joan Flynn; brother to the late Terry and Gregory. The last of his line. Cousin and great friend for the lifetimes of Lex, Gary, and Glenda, and wonderful company to Anne, Karen and Peter. That special uncle and mate to Sarah, Robert, Arna, Thomas, and Joseph. So much fun, laughter, memories, and happy times to remember, Peaches. We will miss you. A service to farewell Kev was held at St Patrick's Catholic Church, Seddon Street, Pukekohe on Saturday 20th February at 1pm, with a Rosary the previous night at 7pm. Limited to 100 guests due to Auckland being in Level 2.  "As I was saying..." "Roga, over and out..."

For a goodbye to remember. Grahams Funeral Services